This apple and celeriac salad brings a freshness and brightness to your meal while committing to the definition of “seasonal”.   And I say “seasonal” with the utmost respect. I’ve never been ready to give up bananas or avocados, chocolate, olives or other “staples”. Shit did I just do “quotes” again.  And I suppose those items fall under the definition of  “local”.  I can say I am not a proponent of berries, beans, tomatoes or summer squash in winter due to cost and moreover lack of taste. But on to “salad”! 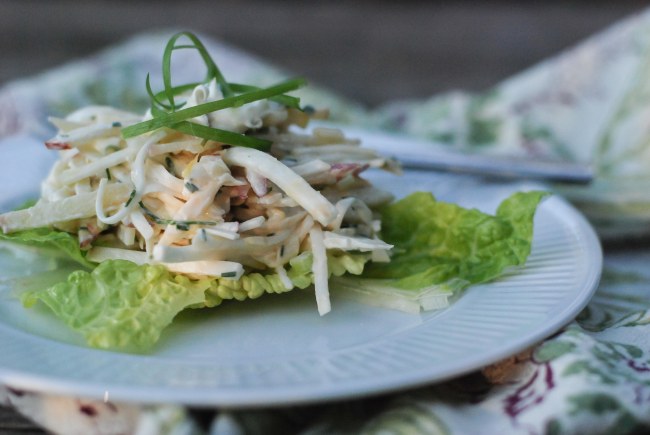 This awkward root veggie, rather foreboding at face value, grows like a beet or kohlrabi.  With it’s thick roots and roughly a third of the ball in the ground and the rest nestled in the soil, it has a mild, almost sweet taste. See here.

I cut off the ends, then do my best to use a peeler for the exterior so as not to lose as much of the vegetable. You can slice off edges as well. 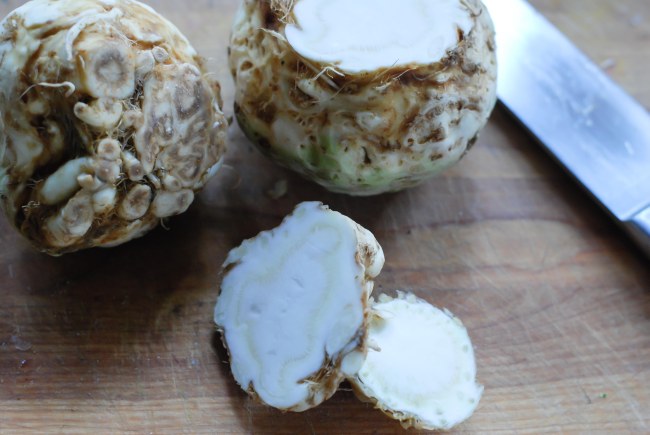 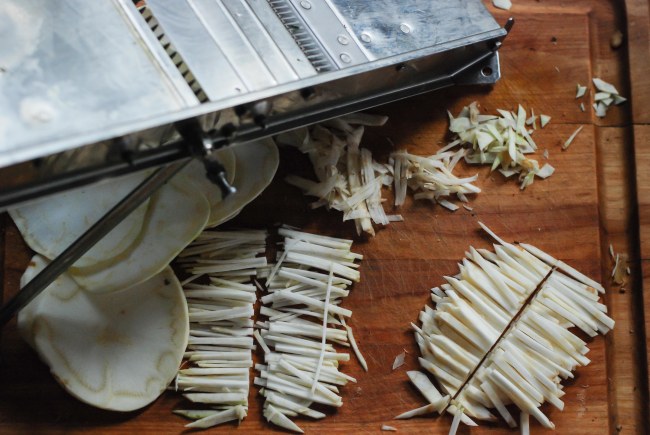 ..and practice your knife skills. 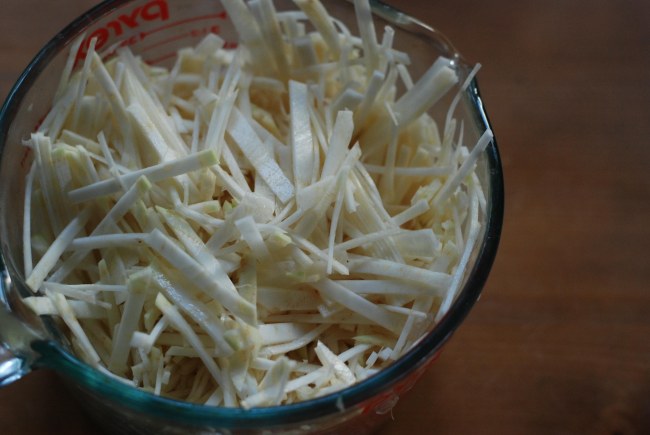 It’s a nice addition to soups either pureed or cubed.  And is this french classic standard.

I carefully used a mandolin to slice and then went for matchsticks/strips/small pieces. I’m out of practice. The irregularity in cuts seen here would not have flown in cooking school. But I don’t think any family members or dinner guests will be pulling out a measuring tape… or will they. Be sure to toss in a little lemon juice to prevent browning. 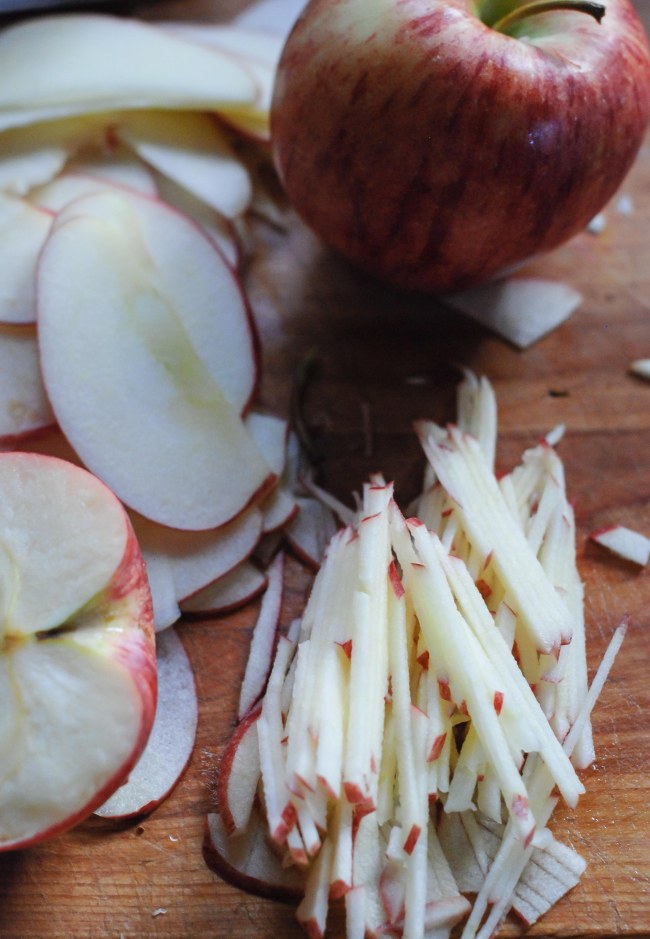 The apples were halved, cored and also sliced on mandolin followed by cutting. The apple is a little easier to handle and I think my muscle memory was kicking in. Immediately after cutting toss with lemon juice as well.

I used 2 large apples and 2 bulbs of celeriac and tossed with  a vinaigrette consisting of: 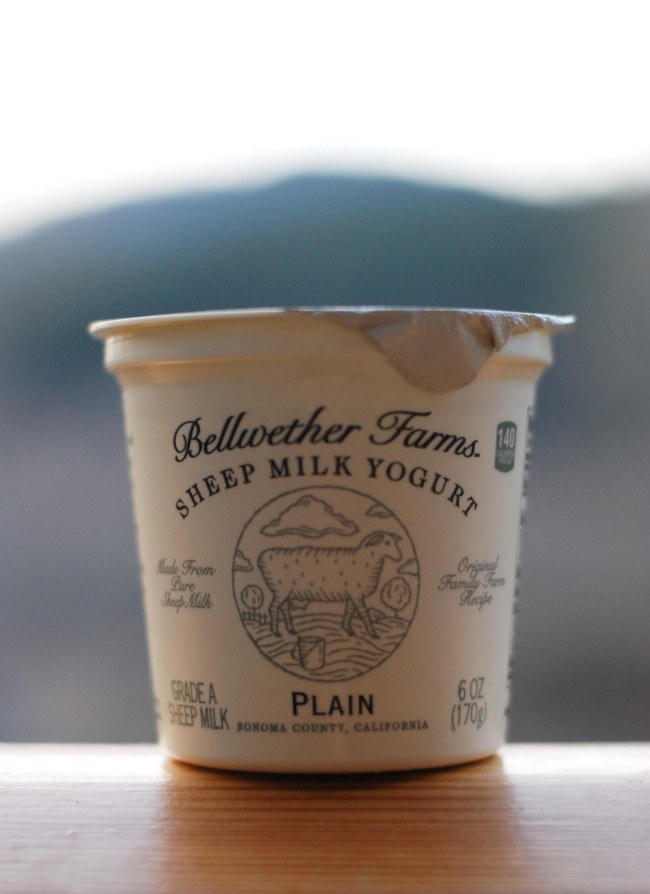 I make up the dressing in a little mason jar and give it a good shake. Please adjust to your liking! 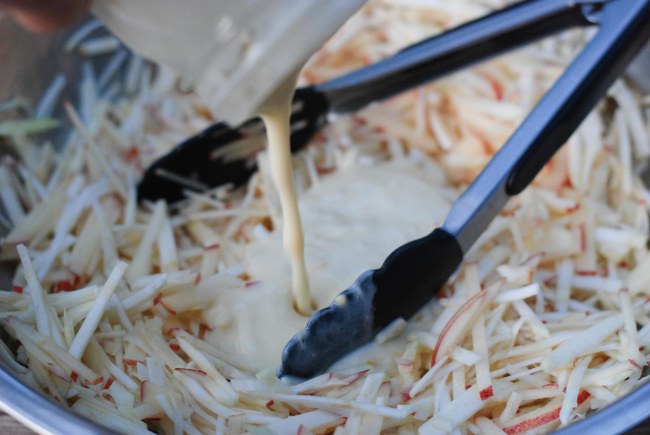 I have a patch of wild chives that don’t look like much but I appreciate the fact they seemed to have grown out of nowhere since about 5 years ago or maybe that’s just when I noticed them. Despite our freezing temps they found a patch of ground that gets warmed up quickly by the sun.

Add some chives and/or minced scallion to the salad. 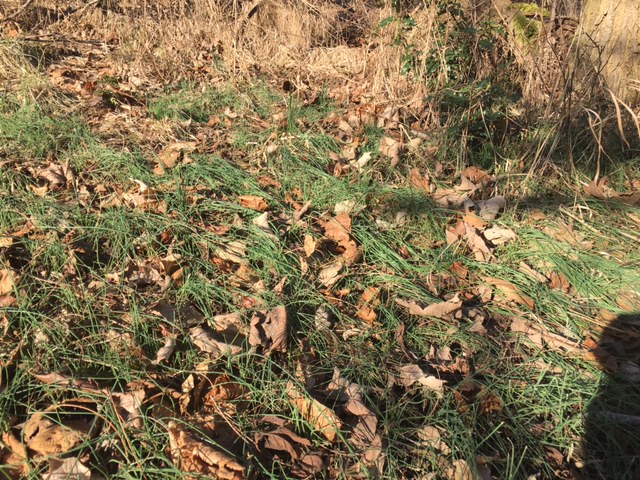 You can call it good at this point but if you want to go creamier…Add a nice BIG dollop of creme fraiche. Also Bellwether Farms. 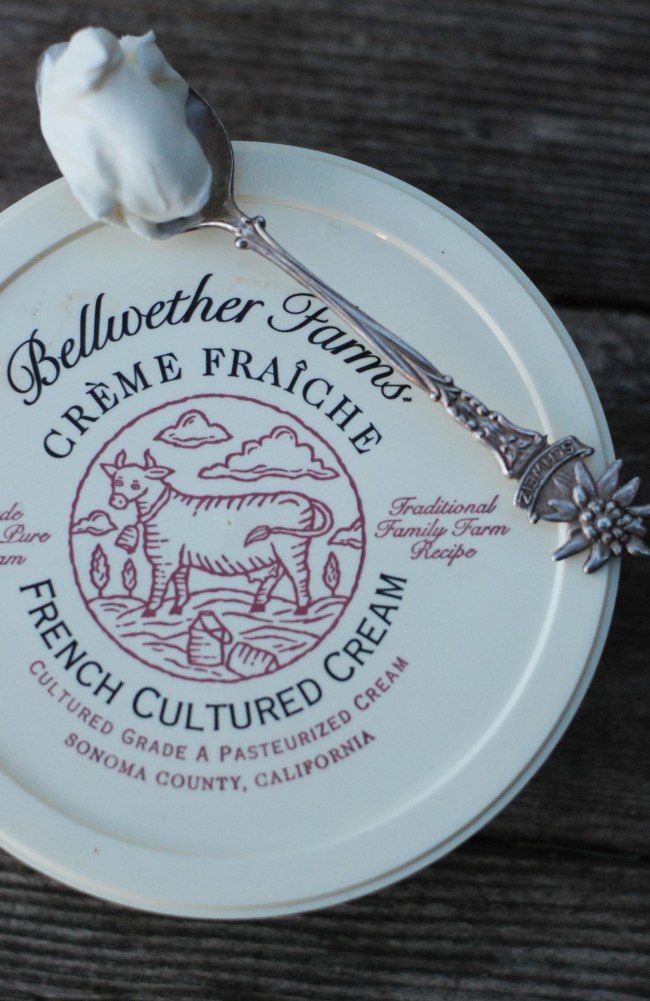 This apple and celeriac salad accompanied our Coffelt T-Bones last night. So Local! Try garnishing with pecans or walnuts. I tried a little celery in this batch. 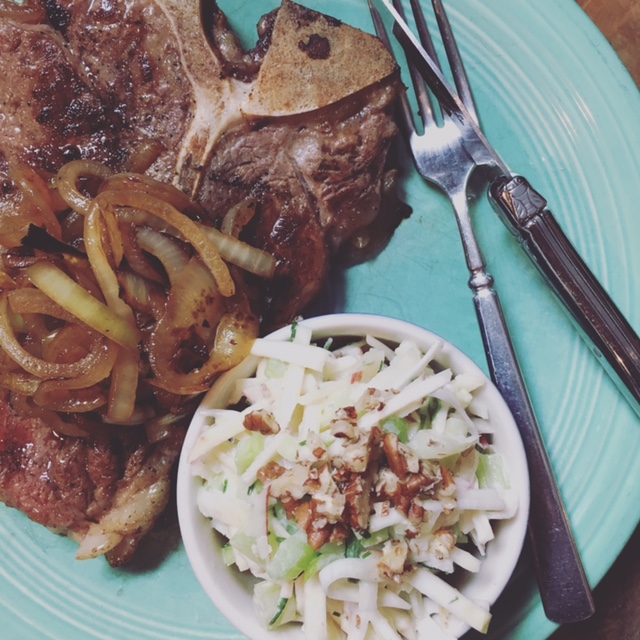 It’s a nice first course that can be made a day ahead and holds for several days for lunches as aforementioned.

I’ve garnished here with a couple strips of green onion 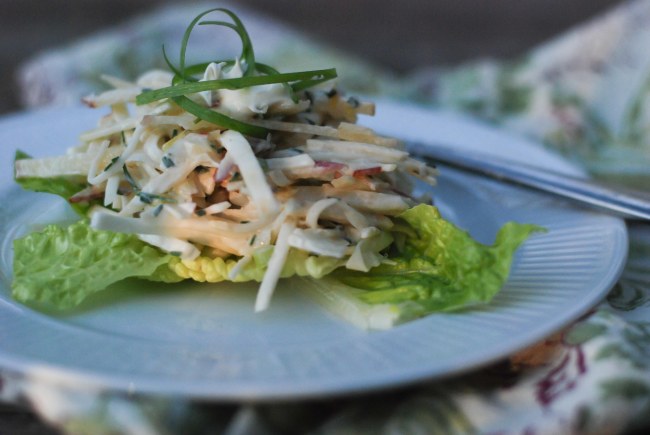 Here’s a little update of our four-leggers currently on the farmette. And yes, that’s a calf. Meet Else. I’ll have better pics soon. 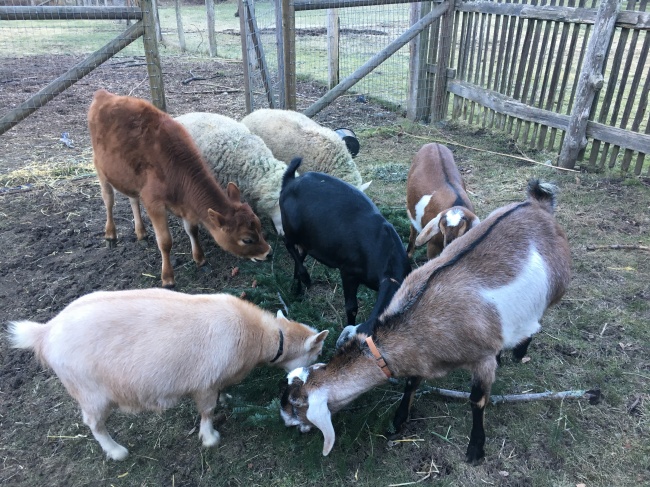 Have a lovely week xx